The EME Foundation led the Joy project for more than two years throughout Luxembourg. Each time, the senior partners of a care home were brought together for ten weeks with children from a day-care centre to play the djembé under the direction of Robert Bodja. With his unique feeling for people and music, he introduced his “drum apprentices” to the basic techniques of the djembé, practiced rhythm and singing, and asked for full concentration and application. The children reacted enthusiastically: the result was some unique moments, bringing people together through music making. Origin and age ceased to exist: only the music and the uncontrollable joy of the moment remained.

The first stop of the Joy Caravan was in Luxembourg City, with the seniors of Servior “Op der Rhum” and the children of the Centre de Logopédie. The project ran between September 2012 and July 2013 and culminated in a grand performance on 4 July in the Grand Foyer of the Philharmonie.

The second stop-off took place in Troisvierges, where the Foundation brought together children from Foyer Elisabeth with elderly people from Servior “Liewensbam”. The project ran between September and December 2013 and culminated in a performance at the Cube in Marnach.

The third stop-off took place in Echternach, where the children from Arcus a.s.b.l. drummed together with the seniors from the care homes “Am Schleeschen” and “Belle-Vue” between January and March 2014. The project culminated in a big concert on 28 March 2014 in Echternach.

The fourth stop-off was in Esch/Alzette, where the children from the Foyer St. Elisabeth and the seniors from Servior “Op der Léier” were brought together to play the djembé. The concert took place at the Kulturfabrik on 2 December 2014 in the presence of the Grand-Ducal couple. 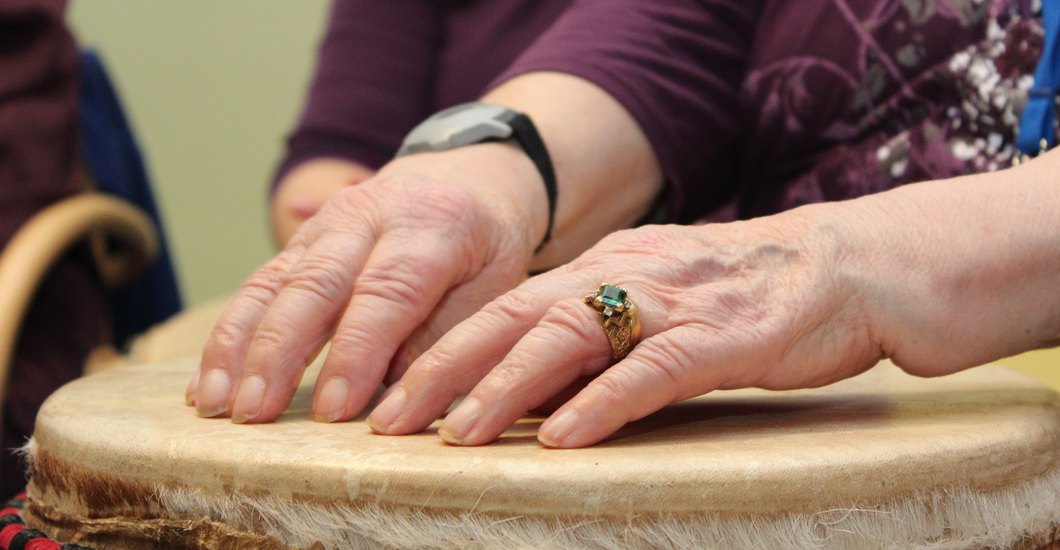